The Ballad of the HoloLens

In February 2019, Microsoft unveiled the HoloLens 2 at Mobile World Congress, and it is being described as “mind-bending” and “remarkable” by some of the first users.

And by all accounts, this could be the first major step in the massive adoption of AR by a public who is eager to see where this technology can take them. It is truly an exciting time!

But the HoloLens has not always been quite so impressive. When the original version was first unveiled in 2015, the only thing that outdid the expectations were the disappointments. While Microsoft reps stressed that the device’s Augmented Reality software was meant to “complement” the real world, it was in no way as “immersive” as early reviewers had expected based on the tech trends at the time. The coming of the vocabulary of Augmented, Virtual, Mixed reality, caused a lot of confusion, and far too many comparisons were made between these tech cousins. Maybe that’s not fair, but that’s what happened. And the Hololens found itself quickly last picked for kickball.

Practically speaking, the HoloLens missed more than a few checkboxes of success. Most critics agreed that the three major flaws of the HoloLens were defined as follows:

1)   For starters, the field of view was about the size of a postage stamp, or at least it certainly felt that way. This negative was most likely the product of an unfair expectation generated by the ever present rumor mill. But unless you had the perfect use case or you were 20 ft. from your target, experiences just couldn’t be packaged in that small size. 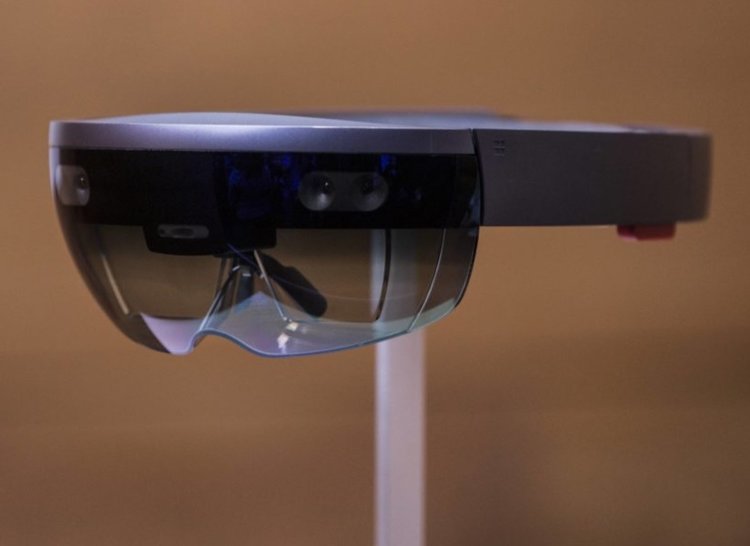 Hololens 1 – Released to Developers in March of 2016

2)   The processor ran at a ho-hum 1.04GHz and only 2GB of RAM. Early reviewers were surprised at this lackluster level of processing power, and it was a large contributor to the device’s equally lackluster sales.
3)   Ergonomics were sorely lacking. The headset fit awkwardly, was difficult to adjust for comfort, and felt like wearing a toaster on your forehead. The thing got HOT!

While the HoloLens did offer an unencumbered wireless experience, the tech just didn’t live up to the hype. It was quickly labeled an “advertising gimmick,” and the $3,000 price tag all but guaranteed that the general public would not be clamoring to purchase one. Even the Microsoft technical fellow in charge of the HoloLens, Alex Kipman, publicly stated that there was no reason to talk about a consumer version of the device until the price could be brought down to below $1,000.

In the end, the original $3,000 HoloLens was aimed at developers, and overall unit sales were only in the thousands – a rather disappointing figure, considering that the Oculus Rift Virtual Reality headset sold at a rate of 4-5 units per minute on its 2012 release day alone. The feedback for HoloLens was so bad that Microsoft decided to duck out of the spotlight for LOTS of R&D. They had their noses back to the grindstone for so long that there was talk of skipping Version 2, and goings right to a Version 3 almost 3 years after the first model.

Fast forward to February 2019. Microsoft appeared at MWC in Barcelona to announce the HoloLens 2, a successor that boasts improvements in immersiveness, ergonomics, and business friendliness, and promises to provide “industry leading value out of the box.”

See more holograms at once through the greatly increased field of view. Read text and see intricate details on 3D images more easily and comfortably with industry-leading resolution.

Wear HoloLens 2 longer and more comfortably with a dial-in fit system designed for extended use. And keep your glasses on—the headset slides right over them. When it's time to switch tasks, flip the visor up to step out of mixed reality.

Move freely, with no wires or external packs to get in your way. The HoloLens 2 headset is a self-contained computer with Wi-Fi connectivity, which means that everything you need goes with you while you work.

Touch, grasp, and move holograms in ways that feel natural—they respond a lot like real objects. Log in to HoloLens 2 instantly and securely using just your eyes with Windows Hello. And voice commands work even in noisy industrial environments through smart microphones and natural language speech processing.

Microsoft is still targeting enterprise customers with the HoloLens 2. At MWC, the company stressed that this device will provide “immediate” value to large businesses. Partners such as Airbus, Honeywell, Pearson, and Saab are already working on launch software. Microsoft also teased “true collaborative computing” with a workspace app called Spatial that will allow multiple people to collaborate and share ideas. 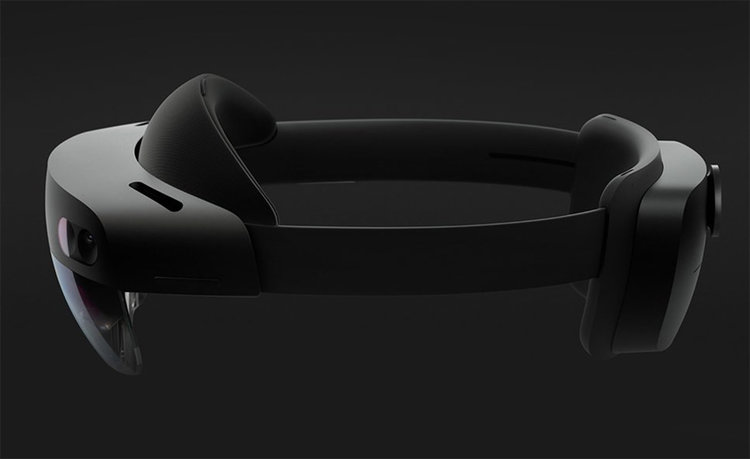 So it will truly be interesting to see if Hololens 2 can shake the demons of its predecessor and become the Horatio Alger story we all want and need. Or if promises and big talk once again outperform real capabilities and end up dealing yet another blow to the tech giant who swears they belong in the space. Regardless of the outcome, ten years from now, we’ll look back at a harrowing story that took place in the equivalent of the Bronze Age of Augmented Reality. The questions remain, how fair will history be? And is history truly written by the winners?